As we celebrate the life of Saint Patrick  (& all things Irish) i always contend that God grants special dispensations on this day (like, if we’ve given up alcohol for Lent, God doesn’t mind if we indulge in a few wee drinkies in the interests of spreading Irish cheer & all that around..)

Reflecting on St. Patrick’s days past, the one most a blast occurred in Africa (go figure!) during my 1st year in Dar es Salaam with my Irish buddy Catherine.  We met during Swahili studies & became kindred spirits as we bumbled our way through initial challenges in our respective placements…  (ok, maybe not ‘bumbled’  – ‘as we courageously took on big tasks for the ‘greater good!‘ : )

Somehow Catherine’s job was sponsored by the Irish Government, so she came down from Arusha to Dar for the Embassy’s big party on Saint Patrick’s Day.  We put on our party dresses hoping to meet Handsome Irish Fellas (as a 20-something Irish pub-hopping in D.C., i scientifically discovered that Irish males tend to like Redheads &… they often spring for free drinkies!)

Dripping (literally) with hopeful intentions, we found the way to our assigned table to find: not gorgeous Irish fellas, but a bunch of white-haired Irish NUNS.

But then things got interesting. On the beautifully laid table (Waterford crystal centerpiece, you get the idea) the Irish distillery Jamesons thoughtfully provided a complimentary bottle of Irish Whiskey. One of the nuns (the oldest, pushing 80+) grabbed that big bottle & whisked it into her tote-bag. “You understand i’ve come from Singida & we sometimes need a wee something to help us through the nite..”

(Singida is the boondocks of Tanzania… no offense intended, i visited our projects several times there, but think really rural Africa. Sister Mary had been there OVER 20 YEARS serving with their Irish order the Medical Missionaries of Mary.)

… after eating yummy Irish food (& imbibing a few wee draughts of Guiness, i recall) … we danced … and danced … and danced(!)  Catherine & I had to leave at 3:00AM but THE NUNS were still cutting a rug on the dance floor …  so totally, completely FUN… 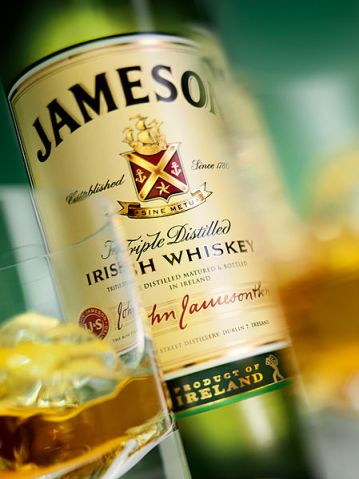 Their jobs were so very serious (i ran into Sr.Margaret several times after at HIV/AIDS meetings – she worked with AIDS patients in Dar & the other sisters all had challenging medical positions…) but these Nuns with deep hearts of Faith & Love also enjoyed life (& were proud of being Irish!)

i have never had so much fun at a Party… and to think, it was with Nuns in the Fun!!

p.s. if you’re looking for an inspiring Irish film (& Michael Collins is a bit rough) check out the movie Evelyn (2002) starring Pierce Brosnan. Not his usual debonair James Bond role, Brosnan plays a down-on-his-luck father who tries to get custody of his children who are taken to orphanages after his wife abandons them… We watched this again a few weeks ago – truly an inspirational tale (based on a true story) that will move your heart!

“The past is in God’s hands, so is the future and the present.”

3 Responses to Nuns in the Fun… (on St. Patrick’s Day)