Saint Nicholas & Gifts with a Purpose

In many countries December 6th is a special day where children receive gifts from Saint Nicholas, a 4th century bishop who is well remembered in Eastern and Western churches. Although not many exact details are known about his life, the Eastern church recognizes this saint as a “preacher of the Word of God and spokesman of the Father,” while the Western church has passed down stories of his timely provision of dowries for poor girls in his city (who otherwise would have been forced into prostitution) and reputation for helping the poor and oppressed. 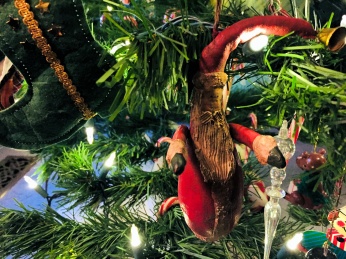 A beer-brewing buddy informed me that Saint Nicholas is also the patron saint of brewers. (Who knew? No wonder this saint is so popular in Europe!)

Think about giving gifts. Consider how Saint Nicholas has morphed into ‘Santa Claus’ bringing toys in his sleigh for girls and boys (good ones, anyway.) 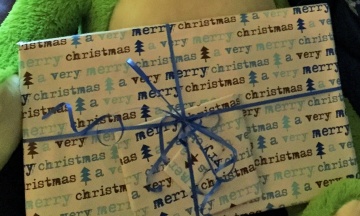 Gifts with a Purpose

Advent is the season of ‘coming’ as we await the birth of Jesus on Christmas, but it’s also when we scramble to find gifts for our loved ones, neighbors, friends, colleagues (whoever makes our gift lists.) We may view finding gifts a burdensome task, but it can be an opportunity to share gifts with a purpose – items that help others, educate, and inspire. There are Fair Trade options that help overseas communities, crafts from local artisans, fruitcakes and fudge from monasteries, issue-oriented books, inspirational DVDs, and gifts that lift spirits (music, hot chocolate & tea!)

There are also precious homemade gifts, like the woolen scarves my sis Shere knits each year (treasured and gratefully used on days like today when it’s brrrizzzy cold outside!)

As you tick names off your lists, consider how to give purpose-driven gifts. 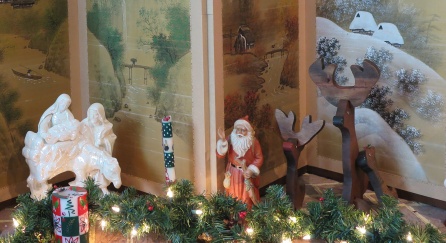 p.s. For sci-fi folks in the blogosphere, there’s a classic short story on this feast day of St. Nicholas that provides a unique twist to his story. Written by Seabury Quinn for Weird Tales in 1937, the novelette “Roads” became a fan favorite reissued numerous times since then (including last year’s 70th anniversary paperback from Shadowridge Press.) I stumbled upon this moving story in Baen’s “A Cosmic Christmas” collection that I blogged about here during a previous post-a-day Advent gig: (a little) Cosmic Holiday Hilarity.

9 Responses to Saint Nicholas & Gifts with a Purpose