This morning our Terrible Towel slid into hiding after last night’s nail-biting loss to the Denver Broncos in Overtime (ok, a BRIEF overtime.)  Whatever(!) – the Season is now over for the Pittsburgh Steelers.

No more watching Troy Polamalu dashing about the field making Big Plays with his Wild Hair streaming all over.

This is Very Sad.

For my international buddies, over the next few weeks America’s Football teams will slug it out in NFL Playoff Games heading toward the Big Game – The Super Bowl (kind of like the World Cup, but for just one country.)  Of course, this is American Football – no soccer balls, gallant footwork & elegantly made goals, but lots of tackling, running, grunting, punting & passing an oval-ish ball (using hands) kind of far (if possible.) All to reach an Endzone: that does have a Goalpost, but not with a Net, that is for ‘Field Goal’ kicking points – above the post, not below – but below the ball (thrown or run) must be in the hands of players for Touch Downs… which each team needs to make. As Many As Possible.

I am not a big Football Groupie (when Andrea Bocelli sings, my heart melts), but my Papa brought us up to Really Like the Pittsburgh Steelers …which is not too hard, since they are a Great Team (!)

Especially with players like TROY POLAMALU.  (yes, i am a groupie!)  He is so very FINE – fiercely ferocious on the field, yet a soft-spoken gentle giant devoted to his faith & family off the field.

Altho we’re reeling a bit from last night’s loss, it was softened somewhat by the Bronco’s quarterback Tim Tebow, since Papa likes him (most Games – not just The Steelers – are watched avidly in the Woodward Home, like, with the walls shaking from surround sound speakers – snap, crunch, grunt, whiz goes the ball. Even with my brother on Football duty & my door closed I can feel the Football Joy : )

In the Off Season, we watch the NFL channel for things like the NFL Hall of Fame inductions. The most memorable (by far) was awhile back when Michael Irwin cried his way through his acceptance speech. This standout tough FOOTBALL PLAYER – in front of his peers & the world – apologized to his wife, to his sons…& shared a message from his Pastor that encouraged him (& continues to encourage me like an Instant Replay!)

Since Michael Irwin was not a Steeler, I Googled him the next day. He did have quite a bit to apologize for (very, VERY wild off the charts off the field antics while playing for the Dallas Cowboys!)… but you know what? The point of his speech was Football athletics is not the end all-be all.  He truly had huge Talent & incredible stats, but he told his sons to emulate the other men on the stage (I still remember his tearfully powerful plea & this was 5 or so years ago!) …

For Troy Polamalu, Mike Tomlin (we really like him!), Hines Ward, Ben Roethlisberger …all the Pittsburgh Steelers & fans & Tim Tebow (next game on horizon looks Brady-tough) & all of us – This is Good Advice.

(and …there’s always Next Year!) 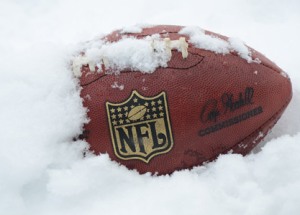 p.s. isn’t the internet a wonderful thing? Here’s a link to watch Michael Irwin’s NFL Hall of Fame Speech from 2007… wow. still so movingly motivational (& now we really like Michael Irwin in his seriously serious glasses analyzing the Games. Cool, very Cool.) NEVER GIVE UP!

These Hall-of-Famers must thank their coaches, High Schools, Colleges, Grannies (very important) & so on … the good bits are a bit far into the video…

1 Response to The Polamalu Blues….