“Never underestimate dwarves,” Gandalf tells Bilbo in the last Hobbit movie, “The Battle of the Five Armies.”  It’s NOT a good idea! The dwarves in this segment do get a little off-kilter before they kick some serious orc butt.

As a Tolkien groupie, I have read The Lord of the Rings & The Hobbit once a year every year since 8th grade (let’s just say it’s been over 30 years.) Traditionally this has taken place over the Christmas holidays (you can read my holiday Tolkien tired-itis cure by clicking here…)   This is the first year I haven’t done it, but there’s still time (after Christmas, maybe??)

Compared to the LOTR The Hobbit has always been a lighter read (it’s a children’s book!)  But the movie adaptation has upgraded it to the LOTR realm of guts & gore, linking things mentioned in appendixes & in the LOTR storyline that did happen (but in The Hobbit, Tolkien tells us those matters ‘don’t enter into this tale.’)

Sooooo. I must say I never envisioned Thorin Oakenshield to be quite so dishy. whew!  It’s easy picturing dwarves as rounded Bomburs or as Gimli (John Rhys-Davies) in the LOTR movies. After today’s outing, totally crushing on Thorin (again)…& Kili(~!!) and Fili(~!)

Unfortunately in this movie (as in the book) Thorin has a few wee challenges getting his priorities straight once he pounces on the gold under the Mountain. Everybody wants in  on the treasure – some rightly so (those desolated by Dragon Smaug in lake-town) and others because they just want some (the Wood Elves, ok so some of it was theirs originally.) Not to give away too much storyline, but it does build up to “the Battle of the Five Armies” which is the movie title? (like you know a Big Battle’s coming?)

Them orcs, they BAD DUDES.  Full on nothin’ but BAD TO THE BONE.

They fight, and fight, and keep on fighting until swords of light blast them back to the abyss from whence they came.

…and a little hobbit, Bilbo Baggins of the Shire, helps save the day.

“There is more in you of good than you know, child of the kindly West. Some courage and some wisdom, blended in measure.  If more of us valued food and cheer and song above hoarded gold, it would be a merrier world.”  (Thorin’s words to Bilbo, The Hobbit.) 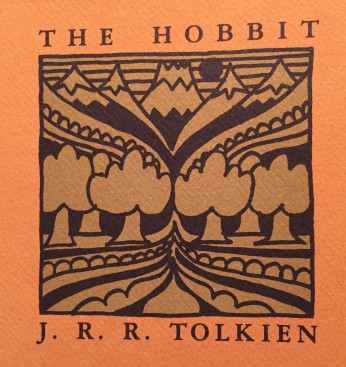