It’s the Fourth of July here in America & I’ve dusted off one of my first posts from the archives six years ago. If rain interrupts your celebrations, consider watching this movie: The Patriot. Still inspiring & a viewing tradition every 4th of July week. 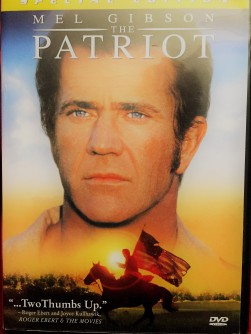 My brother and I saw this movie when it came out in theaters on July 4th, 2000 while on holiday in Prince Edward Island, Canada. Since Canadians ‘confederated’ their way out of British bondage (they’re still on good Commonwealth terms with England), the theater-goers’ reactions were not so favorable given how the British are portrayed in this Revolutionary war epic (burning churches & killing children.) My brother & I, however, cheered on Mel Gibson’s character Benjamin Martin as he morphed from a neutral-sit-on-the-fence-father into THE PATRIOT.

Since then I’ve watched this movie on every 4th of July or close to the date (working overseas it’s not a holiday, so I often celebrated by watching this & eating American Dorito chips when they could be found.) Viewing it many times, each year I’m still inspired by the stay the course theme: through victory, defeat, death and sacrifice against insurmountable odds, patriots like Benjamin Martin prevailed to lead the fledgling colonies into freedom and, eventually, the United States of America.

Some of my favorite lines are from Chris Cooper as Continental Col. Harry Burwell. (After a catastrophic battle: “who’s in charge?” “I am” – pause – “I think.”) After Benjamin suffers incredible loss and wants to leave, Col. Harry challenges him: “You’re wrong Benjamin, you matter to your men, and to others as well. Your victories and… and your losses, are shared by more then you know. Stay with us. Stay the course!”

There’s a love story (two, actually), family values (Benjamin is a widower with seven children), faith (Rene Auberjonois as Pastor Oliver, “sometimes a shepherd has to fight off the wolves”), a wedding, lots of historical settings, and a bit of violence. Rated R (not for children) but this ‘R’ movie (in my humble opinion) has an extremely high inspiration factor.

On this 4th of July, may you STAY THE COURSE wherever you might be. To my fellow & fellowette Americans, may we never forget the sacrifices of those who went before us (including the French who came to our rescue at Yorktown.) 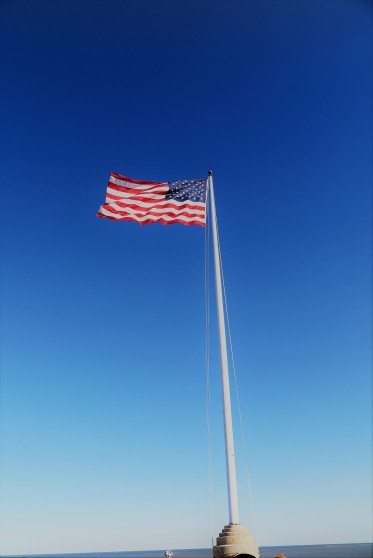 “We hold these truths to be self-evident, that all men are created equal, that they are endowed, by their Creator, with certain unalienable Rights, that among these are Life, Liberty, and the pursuit of Happiness.”    The Declaration of Independence, 1776

3 Responses to Fourth of July PATRIOT(S)!!