Sometimes our faith comes with a price – an expensive exchange if we’re serious about it.  Really serious like Archbishop Oscar Romero, who in faith raised his voice against the injustices pervading El Salvador around him & paid with his life,  murdered on 24 March 1980 while celebrating Mass at the Divina Providencia Chapel in San Salvador.

As we remember Archbishop Oscar Romero’s  faith, the love of Christ he shared (especially with the poor), the sacrifice of his life – his voice continues to challenge the world toward justice (click here to read this U.N. page honoring his contribution to human rights.)

After receiving death threats a few weeks before he was killed, he said:  “let it be known that it is no longer possible to kill the voice of justice.”  May his words continue to stir our hearts & the hearts of all toward stronger faith, deeper love & lasting justice…

Here are a few favorite quotes from Through the Year with Oscar Romero (St. Anthony Messenger Press) to stir our minds, too…

“This is the mission of the church: to awaken…the spiritual meaning of life, the divine worth of human action.”  (August 20, 1978)

“Faith doesn’t only mean believing with the head but also committing your heart & your life.”  (January 7, 1979)

“A civilization of love is not sentimentality; it is justice & truth…True love consists in demanding of the relationships with those we love what is just… There can’t be love where there are lies.”  (April 12, 1979)

“Social justice is not so much a law that orders distribution.  Seen from a Christian perspective, it is an internal attitude like that of Christ, who being wealthy, became poor to share His love with the poor…Share what you are & what you have…”  (February 24, 1980)

“That this immolated Body and this Blood sacrificed for humankind, may nourish our bodies and our blood in suffering & in pain, like Christ, not for its own sake, but rather to give the concepts of justice and peace to our people.  Let us join together then, intimately in faith and hope in this moment of prayer…”  (March 24, 1980) 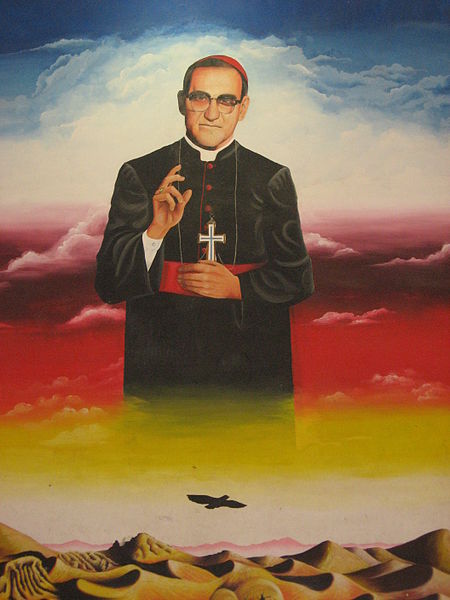