Happy Victoria Day, Canada!! Last year my brother & I got in on the celebratory fun at the start of a two-week bucket-list trip organized by the Rocky Mountaineer from Vancouver in British Columbia to the Canadian Rockies in Alberta.

We didn’t realize we selected a bank holiday weekend to travel. (Barely making our connecting flight in Toronto due to crowds should have been a hint.) On Victoria Day we had fun hopping on & off a tour bus all around the city, enjoying our first taste of Vancouver @ the Granville Island market, packed out with Canadians celebrating, bagpipes piping, and beverages imbibed to honor Queen Victoria. (Considered the mother of Canadian confederacy; since 1845 a good excuse for Canadians taking a day off to celebrate her birthday.)

even industry gets an art-lift on Granville Island

We purposefully padded our Rocky Mountaineer trip with a few extra days in Vancouver to see a friend while gadding about the city. When I was a young (& woefully clueless) 22-year-old, Edie became my first mentor…and dearest of friends.

As vice president of a Canadian company back in the 1980s (when few women held such leadership positions), Edie led hundreds of employees. (The World Expo building where she worked is still impressive.) She left her corporate position to use her myriad gifts in ministries in Washington, D.C. and beyond.

I’m continually grateful to God for Edie’s influence in my life. What she imparted formed the foundation of my professional toolkit impacting eventual leadership opportunities, but the biggest treasure came through our weekly fellowship: advice (always good), life lessons, spiritual sharing, and fun.

Edie is in her 80s now. When I moved overseas & she moved back to Canada, we kept up through letters, emails, occasional calls – but I had not seen her in over 20 years (although she is always close in my heart & prayers.)

Contacting her about a day together in Vancouver (just one as to not tire her out), I offered to pick her up in a cab (& assist her getting around, nothing too taxing?)

LoL! Edie arrived at our hotel bedecked in a chic turquoise top, svelte in white jeans, and proceeded to wear us out zooming all over Vancouver: a posh luncheon @ Granville Hotel Dockside Restaurant; a lovely stroll in the Rose Garden @ Stanley Park, a full outing @ Vancouver Aquarium (where as a member she gave us an insider’s tour), and a thorough driving tour of the city.

Other than her blondish (now whitish hair), Edie is still full of zip & verve & joy. We had such a grand time with her… that continued the next night. As a longtime groupie of Welsh composer Karl Jenkins, I arranged tickets to the Vancouver Symphony to hear one of his pieces played as part of the Last Night of the Proms concert, not really understanding what that meant: lots of God Save the Queen, Oh Canada & other patriotic Commonwealth goings-on interspersed with music (like Karl Jenkins) and – laughter! Haven’t laughed so much at a concert since we saw the Canadian Brass years ago.

Canadians know how to do humor (& have a good time, eh?)

Edie also had a ticket, so we reconnected for a celebratory meal before the concert & her insider’s guidage of the gorgeous Orpheum Theater. Driving us back to our hotel afterwards (@11:30 p.m.), she asked, “would you like to stop for drinkies?” 🙂

I hope when I’m in my 80s I have Edie’s verve & zip for life – and the joy, joy, joy that powers the love in her heart she so effervescently shares. Altho she retired when she turned 80, Edie continues to mentor women in the city… (and I was her first mentoree back in 1989!) 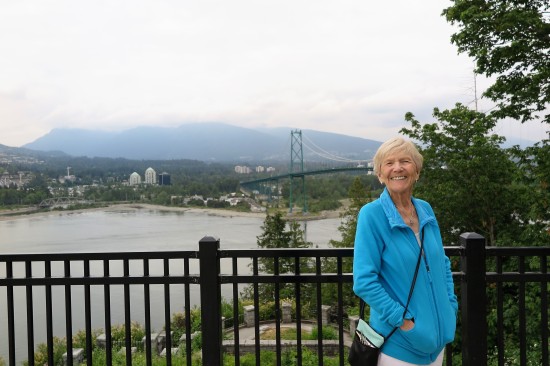 The next day Dwight & I were up & out by 6:30AM for an-all day excursion to Victoria (on Vancouver Island) via the BC ferries… (& a hilarious tour bus guide who kept us awake with colorful stories throughout our 15 hour outing.)

Edie told us not to miss Butchart Gardens… 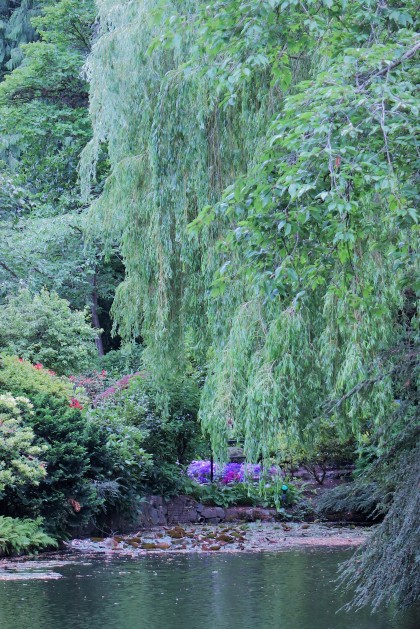 …a fabulous place of incredible beauty…

Must finish this Victoria Day post with a pic from Victoria, the capitol city of British Columbia (& named for Queen Victoria), where I’m sure they’re celebrating. 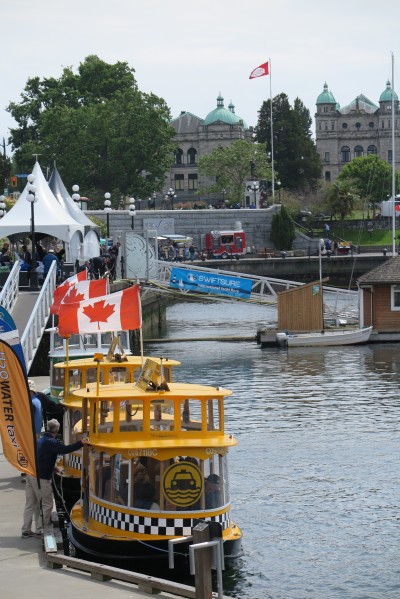 “Kindred spirits are not so scarce as I used to think. It’s splendid to find out there are so many of them in the world.”  Lucy Maud Montgomery, Anne of Green Gables

19 Responses to Victoria Day (in Canada) for kindred spirits